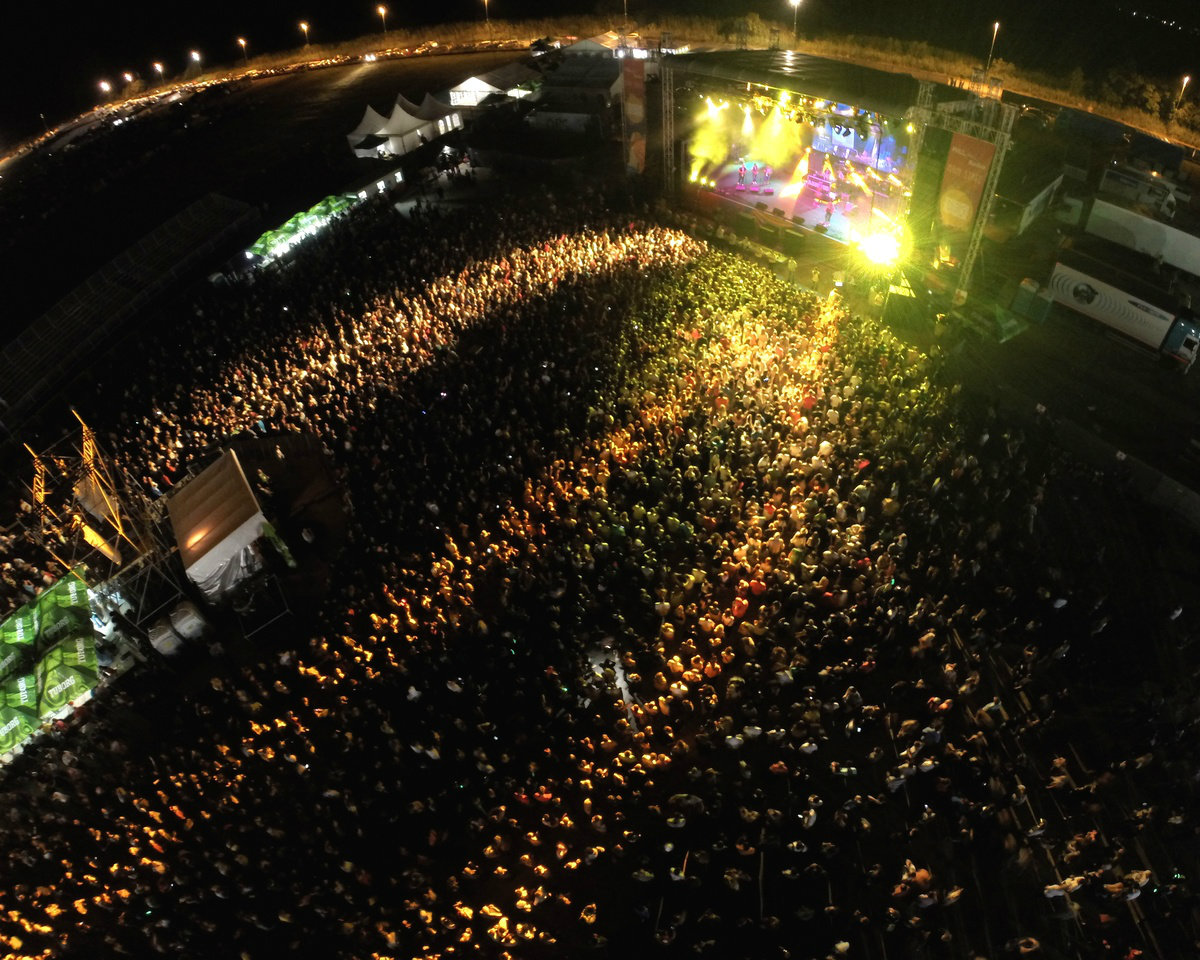 In the category which includes events that receive up to 40,000 people a day, Sea Dance is left behind eminent world festivals such as Berlin German, Hungarian Volt, Dutch Best Kept Secret and Croatian Hideout ...

Mayor of Budva, Lazar Radjenovic said that he is proud that the festival held in his city won the title of best in Europe. He said that Budva slowly profiled as a city of the best entertainment on the Adriatic coast and along, athletes, brings to Montenegro European award.

"This award also encourages us that we are well on the way to the Sea Dance animate and greater arrival of young people from the Western European market. At the same time, I hope that all operators in Budva understand the importance of the strategic commitment of the Management Board of the Municipality of Budva to maintain long-term Sea Dance and show our the city and the country as a modern tourist destination for visitors from around the world, "said Radjenovic alluding to the uncertain future of the festival in Montenegro.

Sea Dance is, in fact, recently shared the political scene in Budva, a debatable is a ten-year contract between the District, Novi Sad company "My Exit Adventure" and company "EMC Group" from Podgorica, who at the last session of the Municipal Assembly has not voted, because the two deputies of the SDP and complete opposition left the assembly hall and thus denied a quorum local parliament to decide.

The board members of the SDP, otherwise coalition partner of DPS in Budva, is bothered that were contractually Municipality from the budget over the next ten years for the festival allocate aid of at least 500,000 euros per year, with the team that with the support of other public companies that figure, as was heard on one of the previous session, could grow to 800 000. They are looking for and that the contract set a reasonable period of lower, or that are reviewed every year and suggested that the festival is not held in July, but before or after the season. "We're used to political disagreements, but if the festival here not welcome the future we will build somewhere else," he said earlier Kovacevic.

In addition to problems with local councilors in Budva, Sea Dance had an extremely successful year, so soon Award for Best European Festival and won national recognition "Montenegro Wild Beauty" for the most important event of the year and the event with the biggest promotion effect for Montenegro, a renowned tourist "Lonely Planet" has him among the best musical events in Europe last summer.

The debut edition of the festival was over three days were about 80,000 visitors from almost all over the world, which is in six stages and entertained more than 100 stars in world and regional music among which were Jamiroquai, Underworld, Roger Sanchez, Juan Atkins, Eyesburn, Who See ...

According to the Tourist Organization of Budva, visits of tourists during the festival grew by 11 percent, while at the preliminary estimates Sea Dance Montenegrin economy brought about seven million. The first edition of the festival has helped countries with 600,000 euros, of which the Municipality of Budva gave 400,000.

Except for the award was given, Sea Dance was in the race for the award for best debut festival. In this category beat Scotland Doune The Rabbit Hole.

Recognition of Best Major Festival, intended events that bring together more than 40,000 visitors a day, went to the Hungarian Sziget, while the best headliners second consecutive year declared the band Arctic Monkeys.

Promoter year's Live Nation Artists have been selected for their favorite Primavera Sound, which takes place in Barcelona, ​​the best festival in the closed Belgian I love Techno, in the selection of smaller events triumphed Polish Tauron Nowa Muzyka, and the highest quality program, in the opinion of voters, a famous Glastonbury.

The second episode of Sea Dance Festival will take place at Jaz beach on 16 and 18 July and will be marked by the celebration of the 15th birthday of the Novi Sad Exit, which is at the European Festival Awards in the most prestigious category of major festivals (over 40 000 visitors per day) fell among the best three. This year's Exit Festival will be held from 9th to 12th July at the Petrovaradin Fortress.

Be a part of the best time this summer in Budva!

Maestral Resort & Casino presents you a big concert by Zdravko Čolić in the disco Top Hill!

After two months of quality music program, it was time to drop the curtain Top Hill

Fedde Le Grand on August 3 at the club Top Hill

Photos that have marked the Sea Dance 2016

Skrillex had a surprise performance at Dance Paradise stage

Top Hill on July 14 will not work

Merlin at Top Hill on 7. August

Sea Dance: Everything is ready for the spectacle!

W&W on Top Hill - we are giving free tickets!

THIS IS WHAT YOUR FAVOURITE DJS LOOK LIKE AS ILLUSTRATIONS

Dženan and Lexington on Top Hill

EXCLUSIVE: Nervo at a disco Top Hill to promote the new album Collateral

Fedde Le Grand on August 5 at the club Top Hill

David Morales in Top Hil, tickets to give away

The sensation of summer: Fatboy Slim at Top Hill on July 22

The spectacle of the band The Prodigy

Borgeous thrilled Montenegro, decided to extend the stay and visit the Sea Dance

The final line-up ON / OFF Festival on August 2

Zeljko Samardzic on Sunday in the club Top Hill

The biggest star of world festivals in the disco TOP HILL

Brodet Fest on 22. May in Przno

May Day party of local DJ's at Jaz Beach

Check out after movie Top Hill 2014

Fatboy Slim in July in a disco Top Hill

TOM NOVY at Kamenovo at Spring Break Festival in June

The Prodigy at Sea Dance Festival in Budva!

Top Hill and Budva Summer take you to the CECA!

Top Hill and Budva Summer take you to the Eddie Thoneick!

Top Hill and Budva Summer take you to Dirty South

Top Hill and Budva Summer take you to TJR

Top Hill and Budva Summer take you to the CECA concert!

How to Jaz Beach?

Bracelets for this year's Tomorrowland sent requests for friendship

Paradise stage on the Sea Dance